50 WAYS TO USE YOUR TOMATOES 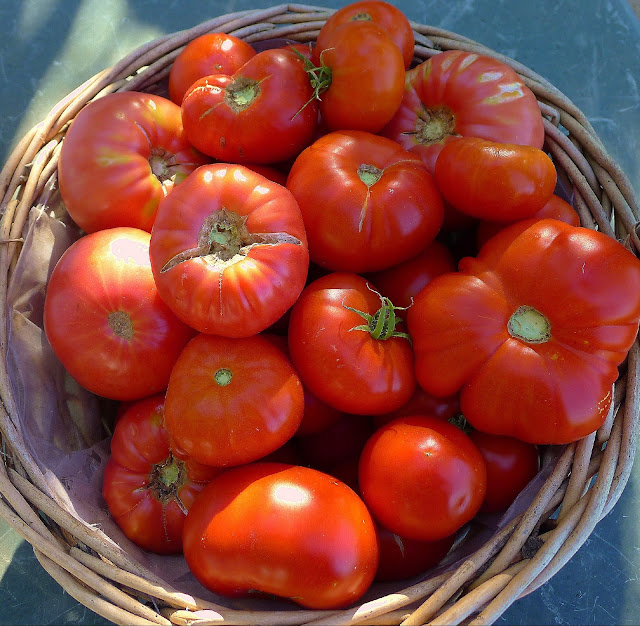 Tomato season is peaking! Big ones or little ones, from the garden or from the farmers’ market, heirloom varieties or not, ripe tomatoes are what you want. Eat one right off the vine or cut it up in a salad. Chop a few and sauté them in olive oil. Roast them on the grill or slice them into a sheet pan. Nothing says summertime quite like tomatoes.


Tomatoes weren’t always big and red and at home on the Mediterranean. The originals, discovered in Peru and Mexico by Spanish explorers and conquistadores early in the 1500s, were yellow and not much bigger than peas. The pre-Columbian Peruvians didn’t cultivate them, but gathered them wild in season. Like many other botanical curiosities from the New World, tomatoes were brought back to Spain and cultivated in monastery gardens.

Perhaps because they were unknown or maybe because they belong to the same family as deadly nightshade, tomatoes were believed to be toxic if eaten. They were grown as a handsome ornamental.

If the Spaniards couldn’t see gazpacho in their future, the Italians must have had an empty place just waiting for tomato sauce to put on their spaghetti. After the kingdom of Naples came under Spanish rule in 1522, tomatoes were introduced there and slowly gained culinary ground. The Italians are credited with breeding red varieties.

To celebrate the tomato in Spanish cooking, here’s a listing of recipes that have appeared on this blog with tomatoes as a star ingredient. Maybe not quite fifty, but close enough. Enjoy!

Bread and Pastries with Tomatoes

Pumpkin Stew with Tomatoes and Peppers.

Vegetable Medley with Tomatoes and Zucchini.

Tomato Sauce with Chorizo and Pasta.