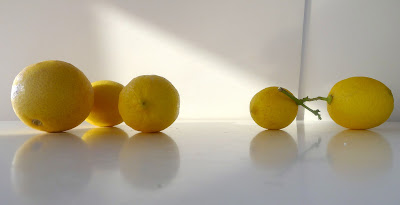 The chef called it cazuela de fideos, a seafood and noodle casserole that belongs to Malaga’s traditional kitchen. But, hoo boy, this was nothing like any cazuela I’d seen before.

The chef concocted a saffron-tinged shrimp fumet, thickened it with agar-agar, inserted it with a plunger into a plastic macaroni tube (sort of like the drip tubes used in hospitals). Once it had set, he extruded the “noodle” onto a plate, snipped it into short lengths that looked a lot like handmade pasta. Topped with olive oil-poached sea bass and a green pea puree, the dish was a riff on the traditional.

Another pair of chefs spun off variations on Málaga’s traditional boquerones fritos, fried fresh anchovies. In one version, the fresh fish were marinated with orange, lime, bay leaf and Sherry vinegar, then dipped in tempura batter before frying.

In another, the anchovies were combined with finely chopped onion and peppers, added to batter and dropped by spoonfuls into oil to make buñuelos, fritters. The one traditional ingredient that tied them all together was extra virgin olive oil as the frying medium.

These were several of the demos I attended at a three-day gastronomy forum, Foro Gastroarte, that took place in Málaga last week. The Gastroarte collective is made up of a group of 23 top chefs and culinary professionals from Andalusia (southern Spain). Among them is Málaga’s own Dani Garcia, whose Restaurante Calima in Marbella has two Michelin stars. Dani recently opened Manzanilla Spanish Brasserie in New York City http://www.manzanillanyc.com .

I enjoyed the “show cooking” and marveled at the modernist appliances and clever use of ingredients. I especially liked the wit and humor of these chefs, who are using the basic products from the sea, farms and pastures of Andalusia to create wondrous new dishes. But, I am not likely to whip up any “air” of plankton, nor cook my sea bass sous vide nor freeze beef marrow in a PacoJet.

Luckily, I found that Chef Dani Garcia's modernist genius is grounded in the traditional kitchen--that of his mother. His recently published (in Spanish) EN LA COCINA DE MI MADRE, In My Mother’s Kitchen—Recipes and tips recalling timeless flavors, has recipes that are easily made in the home kitchen.

“I seek ideas and new concepts framed by my memory,” writes Dani. "Lentils with cheese, cuttlefish roe, rice with a rabbit that my father hunted. A family legacy, a mixture of tradition and improvisation, fusion and necessity.”

The book is divided into chapters by season. I turned to springtime and found an unusual recipe for Ensalada de limones cascarúos, Salad of Thick-skinned Lemons. Dani writes that he remembers as a child,  when his parents took him into the center of Málaga for Holy Week processions, that street vendors sold fat, thick-skinned lemons, peeled and sprinkled with salt. “With low acidity and a marvelous touch of sweetness.” From the memory, he invented the salad. “I close my eyes and I see myself walking through Málaga streets with my lemon, peeled, with just the right amount of salt, in my hand.

“Ah ha,” says I. “So that’s what to do with those huge, thick-skinned lemons still on the tree.” I went out to the garden and picked a few of the “old” lemons, cut into one and tasted. Absolutely, the sharpness has receded, so the fruit tastes almost sweet. Brilliant. (The tree has huge mature fruit, thin-skinned green lemons and fragrant blossoms, all at the same time.)


Dani’s recipe is simplicity itself—peel the lemons, cut them in sections, sprinkle with salt and plenty of extra virgin olive oil. His mom suggests sprigs of mint to garnish. And, if the lemons should be very tart, a pinch of sugar.

I added some chopped ajetes, green garlic shoots from the garden to the lemon salad. How about adding some sliced avocado and cooked shrimp? No special equipment needed.