A SWEET PUDDING FOR HOLY WEEK


In Spain, the days of Holy Week leading up to Easter are marked by vigilia, abstinence, when observant Catholics abstain from eating meat. But, adding a touch of sweetness to the season are several milk puddings, such as flan (recipe ); natillas, a creamy custard, and arroz con leche, milky rice pudding.

Milk puddings are typical for the season because in the springtime dairy animals are producing plenty of milk. In Asturias (northern Spain), rice pudding is made with cow’s milk and enriched with butter or cream. It is the dessert de rigueur following fabada beans (recipe ). In Andalusia (southern Spain), where I live, rice pudding is traditionally made with goat’s milk. 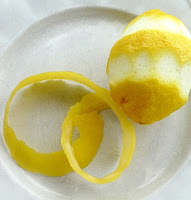 Cinnamon stick and lemon peel flavor the milk. The pudding is sprinkled with additional ground cinnamon after it is ladled into bowls. 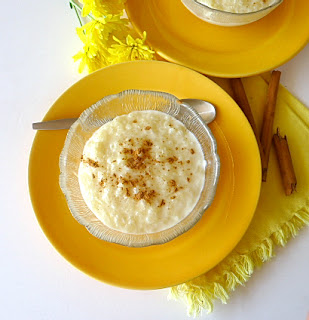 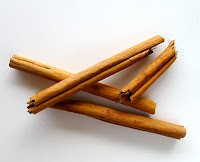 Bring the water and salt to a boil in a heavy pan. Add the rice and cook for 5 minutes. Drain the rice.

Place the milk, lemon peel and cinnamon stick in the pan. When it begins to bubble (take care the milk does not boil over), stir in the par-boiled rice. Reduce heat so the rice simmers. Cook, partially covered, 12 minutes.

Stir in the sugar. Let rice simmer, uncovered, until thick and creamy, about 15 minutes. Stir frequently to prevent the milk from scorching (a heat diffusor is useful). Discard the lemon peel and cinnamon stick.

Ladle hot pudding into 4 bowls. Sprinkle liberally with ground cinnamon. Allow to cool, then refrigerate until serving time. The pudding will thicken as it cools. 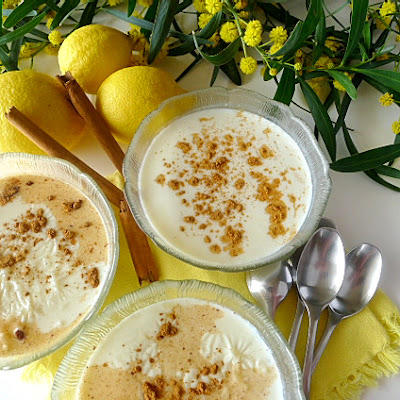