OF CABBAGES AND KINGS


The reign in Spain. I’ll admit, this is a bit of a stretch—to rope the coronation of a new king into a food blog—but, I’ll try.


Last week, King Juan Carlos I, who has reigned in Spain since 1976, abdicated the Spanish throne. His son, Felipe, swore fealty to the constitution and was proclaimed King Felipe VI at a ceremony before both houses of parliament. It wasn’t, actually, a coronation, as the symbolic crown is never set on the monarch’s head, but never mind. (For pictures of the ceremony, go to the official page of the Casa Real . )

And, so, as the Walrus said, “The time has come to talk of many things,” among them, cabbages and kings. Hah! Now we’ve got food and kings on the same page! (The poem comes from Through the Looking Glass, by Lewis Carroll.)

Shortly, the Walrus and Carpenter manage to lure several dozen oysters out of the briny sea.

"A loaf of bread,” the Walrus said,
“Is what we chiefly need.
Pepper and vinegar besides
Are very good indeed—“ 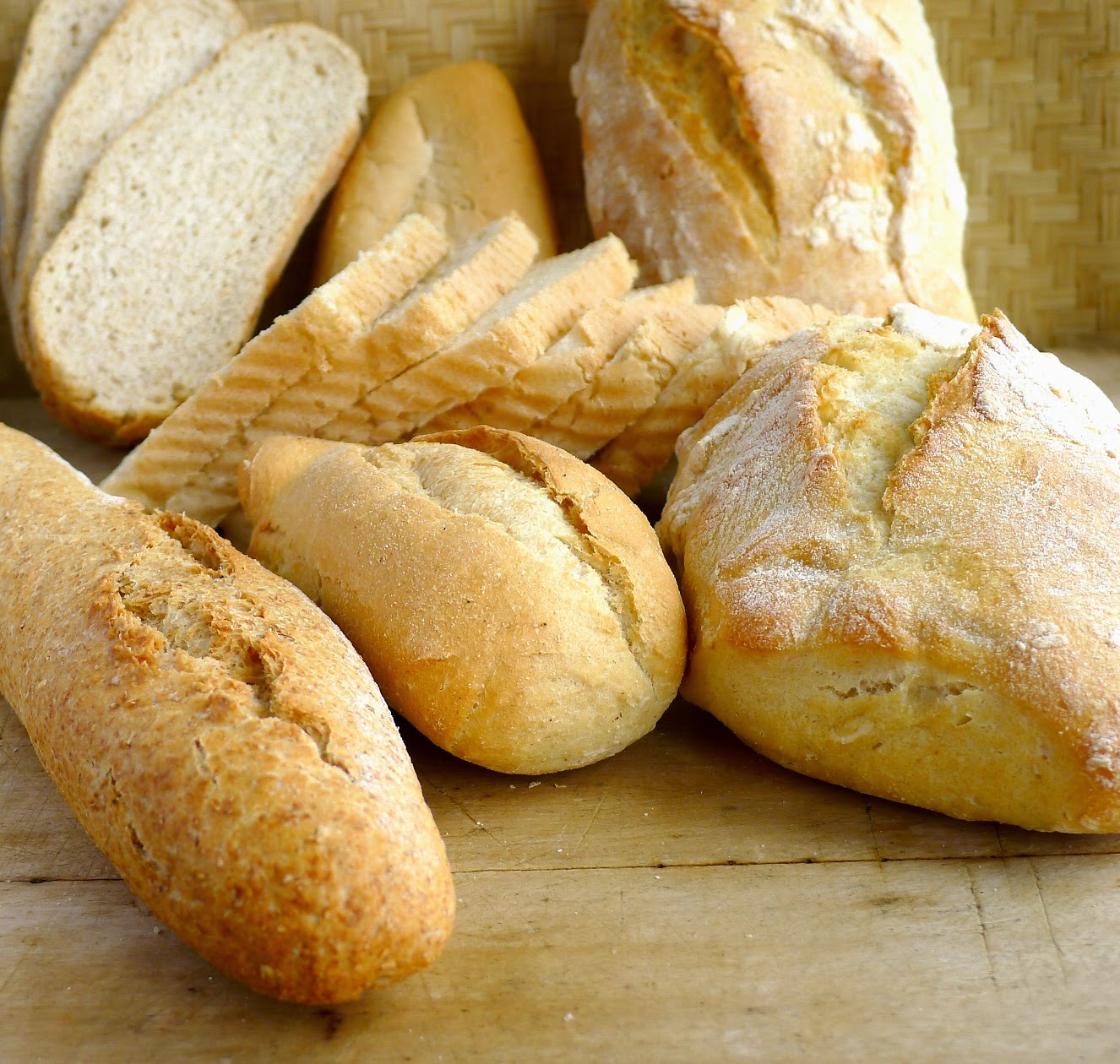 A loaf of bread! This is shaping up nicely. Let them eat sandwiches!  Oyster sandwiches would be a treat, but, lacking those, how about tuna, sardines, cheese, ham, chorizo, pork loin, egg?

In Spain, two words are used to mean sandwich. "Sandwich," as in English, means thinly sliced loaf bread, usually with the crusts removed, between which is sandwiched sliced ham, cheese, chicken, etc. It may or may not be grilled. A bocadillo, however, is more akin to a whole meal. It’s made by splitting a bollo, a roll, small baguette or even a whole crusty loaf and spreading or filling it.

A real bocadillo must be firmly grasped in both hands and the mouth opened very wide. The filling can be simple—sliced chorizo, salchichón, cheese, canned tuna—or more substantial—a thick slab of potato tortilla, for example.


“The best thing about a bocadillo is that it’s fresh,” said one sandwich maven. “The bollo is the whole point. It’s gotta be crunchy on the outside, soft on the inside. The fillings are infinitely permutable.” But, he added, the bread should be cut and the meat, cheese or other filling ingredients should be added immediately before serving.

If bread is not radically fresh, toasting it on a grill pan definitely improves it.

Marinate thinly sliced pork loin with salt, chopped garlic, chopped parsley, a pinch of pimentón (paprika) and a squeeze of lemon for 30 minutes. Quickly fry the slices in olive oil. Use the oil and drippings in the pan to dribble on the bread rolls.

Use thin green frying peppers, one per sandwich. Fry them, whole, in olive oil until browned and limp. Remove the stem and seeds and lay a pepper on each sandwich. (More about frying peppers here .)

For 1 sandwich:
Bollo or baguette, split open lengthwise
Sliced tomato
Slices of fried pork loin
Thinly sliced serrano ham
Fried green pepper
Alioli (optional)
To assemble, place sliced tomatoes on the bottom slice of bread which has been drizzled with oil from the frying of the pork.. Add a layer of fried pork loin, then serrano ham. Top with fried green pepper. Add a few blobs of alioli, if desired.


Chapata is the Spanish version of ciabatta, a slightly flattened loaf with a light, airy crumb.

Place the peppers on a pan and roast them under the broiler until charred on all sides, about 25 minutes total. Remove, cover the pan and allow to stand until cool. Peel the peppers and discard stem and seeds. Cut the peppers into wide strips.

Drain the tuna, saving 2 tablespoons of the oil.

Place the mayonnaise in a small bowl and whisk the reserved tuna oil into it. Add the chopped onion, minced garlic, capers, lemon juice and cayenne.

Split the chapatas in half. Toast them lightly, one side only, on a grill pan. Spread the bottom slices with the mayonnaise. Divide the chunks of tuna between the three sandwiches. Top them with strips of peppers. Cut each sandwich in half to serve.

These are a dream version of a cheese toastie, fried instead of grilled. Use cooked ham, serrano or ibérico—your choice—and Manchego or smoked Idiazábal cheese for superb flavour.

Layer the ham and cheese on four of the bread slices. Top each with a slice of bread and press them together. Trim off the crusts and cut the sandwiches diagonally in half.

Dip each piece into milk, then beaten egg, then breadcrumbs. Heat enough oil in a frying pan to cover the bottom and fry the sandwiches, a few at a time, until browned on both sides. Serve hot.

Oh, and for the cabbage, try this version of slaw. Fit for a king. 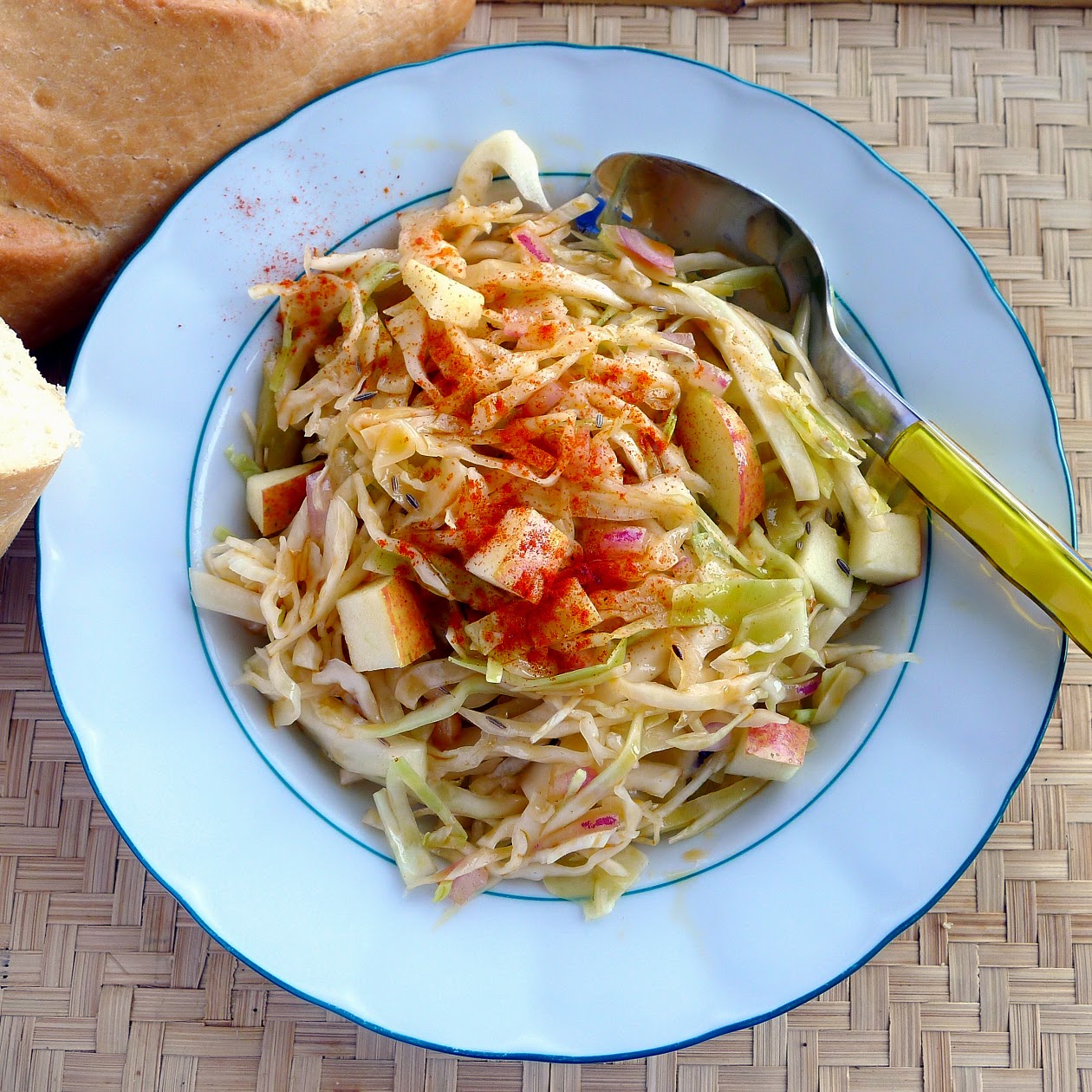 Pour hot dressing over raw, shredded cabbage for an unusual cole slaw. The smoked pimentón makes this especially good with grilled foods. In the early fall, when pomegranates are in season, their ruby-red seeds are used to garnish this salad. Otherwise, use a little chopped apple.

Place the cabbage and onion in a salad bowl and sprinkle with salt. Mix well and allow to stand for at least 30 minutes

Heat the oil in a small skillet and sauté the sliced garlic and cumin just until garlic is lightly golden. Remove from the heat and stir in the pimentón. Add the vinegar and water. Bring the dressing to a boil and pour it over the cabbage. Toss well.

Let the cabbage marinate at least 30 minutes before serving or cover and refrigerate and serve the following day. Garnish with pomegranate or apple