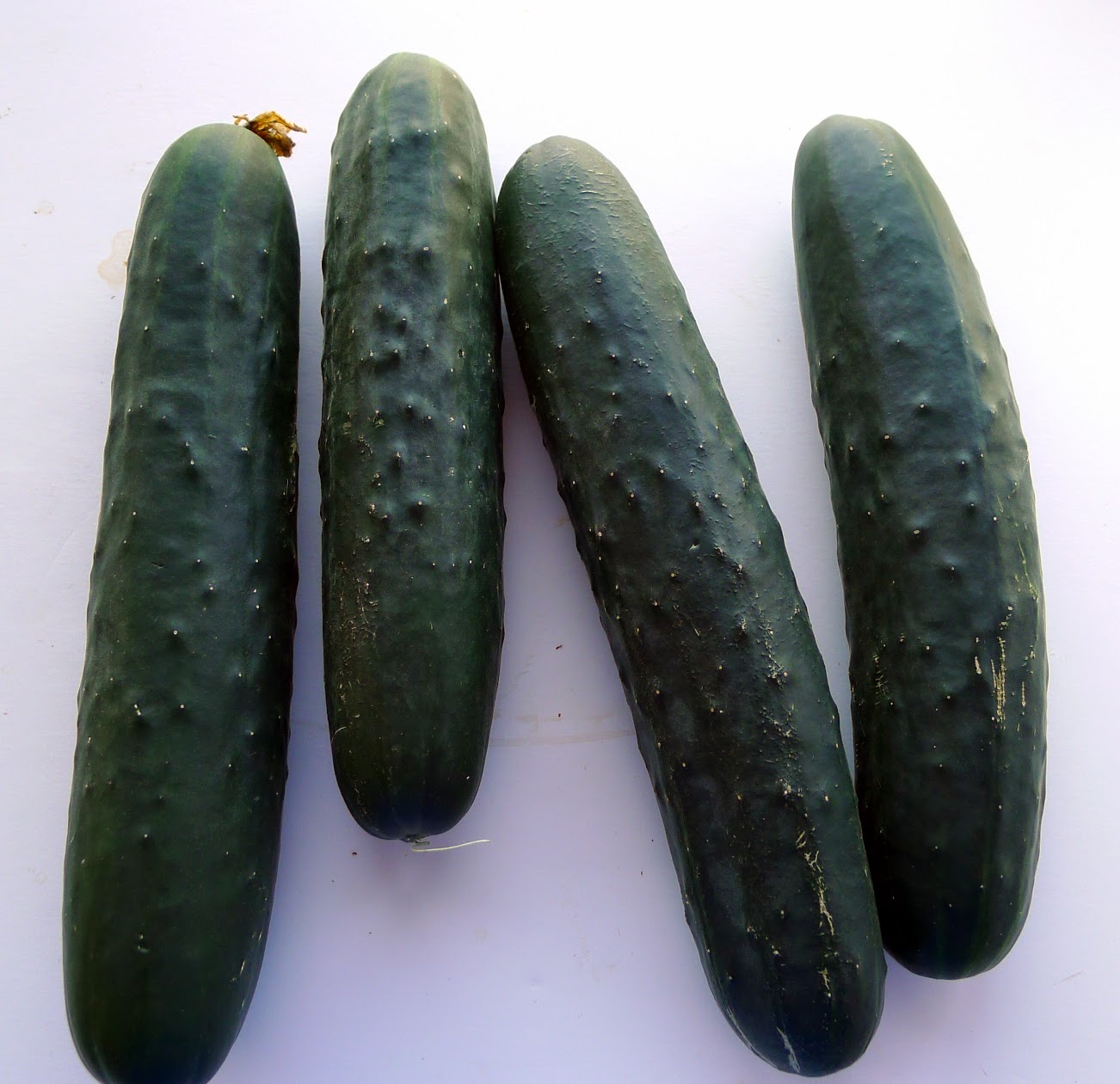 We’re rolling in cucumbers! A few vines in the garden are starting to produce lots and yesterday we got a batch more from a friend’s garden. We like them simply sliced and marinated with salt, vinegar and a pinch of sugar. And, I’m sorting through pickle recipes, just in case the deluge of cucumbers threatens to inundate us.

Chopped cucumbers go into a tapa-bar salad called pipirrana (that recipe is here) and, of course, into gazpacho. As I am still waiting for garden tomatoes, I decided to make all-cucumber gazpacho. Very cool! (Look in The Gazpacho Diaries for recipes for authentic gazpacho, with tomatoes.)


Cucumber gazpacho makes a great starter for a summer meal. Serve it in cups on the terrace while the steaks are on the grill. Swig it on a hot afternoon for a quick and cooling snack.


This version of gazpacho also has almonds. I happened to have some unsweetened almond milk, which I used to replace part of the water. Otherwise, grind a handful of blanched almonds with the cucumbers.

Place the bread crumbs in a small bowl and pour over the almond milk. Allow to soak 30 minutes.

Place the cucumbers in a blender bowl with the garlic and the soaked bread. Blend until smooth. Blend in the oil, salt and vinegar. Add water to thin the gazpacho.