HOW TO LOWER YOUR CHOLESTEROL WITHOUT MEDICATION 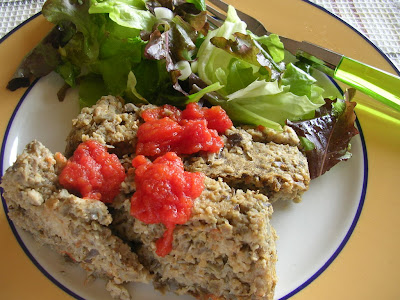 When my cholesterol level hit 300, my doctor shook his head and  handed me a prescription for a new medication. I had already been through three different statin drugs—and suffered bad side effects. After a trial year with no medication, it appeared that diet alone wasn’t going to lower those numbers.

Just for the record—I use olive oil exclusively in my kitchen. I don’t eat a lot of red meat, but, I have to confess, I probably eat too much cheese, which seems like such a perfect snack food. I take regular doses of red wine, said to help control cholesterol levels. I do aerobics three times a week and do my shopping rounds in the village on foot. Not exactly a lot of exercise, but neither am I totally a couch-potato.

After suffering from previous meds, I resisted starting a new one. So when friend, Gill, told me about an alternative treatment using eggplant, I thought, “hey, worth a try.” 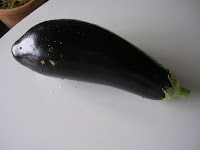 Gill’s prescription, as follows: have handy a heat proof litre container.  boil litre of drinking water, pour into container, drop in two or three fat slices of raw aubergine, skin and all, leave for few minutes - water goes a pale green colour, lift and either throw out or ice box store the slices, strain into lidded container for fridge storage and drink over two or three days.  repeat as often as liked. no rigidity about doses, just when ever.... (Aubergine = eggplant; litre = 4 cups, approx.)

She said that she got the treatment from a friend who got it from her Jamaican boyfriend. And that it really worked for her. An on-line web page called for the same ingredients, plus a thick slice of lemon, all placed into cold water and the eggplant left in the water.

My version of “eggplant tea”: Slice half a raw eggplant (about 5 ounces), and place in a heatproof jar or pitcher with a thick slice of lemon. Pour over 4 cups boiling water. Allow to steep until cool. Cover and refrigerate. Strain and drink about 1 cup per day. 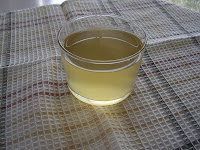 The lemon makes it palatable. I drink it in the morning as a wake-up juice.

After four weeks of regularly taking eggplant tea, I had my cholesterol tested again. Remember, it was 300. The new number: 210. A drop of 90 points!! This was so amazing that I didn’t believe it! But I kept up the treatment and retested again in four weeks. The numbers had gone up somewhat, to 225. But still way lower than my initial reading. I’ll test again in a few weeks.

A friend said, but now you’re stuck drinking eggplant tea for the rest of your life. OK, but that’s way better than taking cholesterol medications for the rest of my life. And, in this case, the worst side-effect is a surfeit of waterlogged eggplant.

Has anybody else tried the eggplant remedy for lowering cholesterol? Tell me how it worked.

DISCLAIMER: Nine months after I started this eggplant treatment, my cholesterol numbers had returned to what they were. I'm now taking medication and have discontinued the eggplant infusion. Anecdotal evidence (from other people I know) suggests that using the eggplant tea occasionally does help to moderate cholesterol. I welcome your comments.

Post script: four months later, after a third test--my numbers have gone up--though they are still not as high as they were before I started the "eggplant cure." Not sure if I will take the meds or stick with the eggplant infusion. Also, after using the soaked eggplant in this pâté and several other recipes, I've decided it's not so good. I throw out the eggplant after soaking and drinking the tea. However, this pâté is sensational made with fresh eggplant, so it's a keeper.

But, this is a blog about cooking, not alternative health remedies. So you can be sure that, in my kitchen, all that eggplant eventually ends up in a more delicious incarnation. After straining, I stash the eggplant in the freezer and when there’s a bagful, I use it in pisto, a splendid vegetable dish (recipe here, )somewhat like ratatouille, or in this vegetarian pâté. It’s rich with cheese and eggs, so it’s a good thing my cholesterol numbers are almost normal. 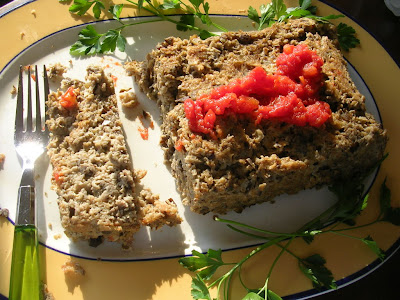 Cuajado de Berenjena
Eggplant Pâté
Spanish cooking has a number of variations on cuajado, a sort of timbale with vegetables, eggs, and cheese. Somewhat like Italian frittata, cuajado comes from Spain’s medieval Sephardic Jewish culture, where an all-dairy meal (no flesh) was served on some holidays. In fact, modern-day Sephardim call these meatless meals by the Spanish word, desayuno, or break-fast—meaning a substantial brunch or lunch.

My original recipe for this eggplant cuajado (it appears in COOKING FROM THE HEART OF SPAIN—FOOD OF LA MANCHA) calls for a smooth puree made from roasted eggplant. This version I invented to use up the chunks of soaked eggplant stored in the freezer. The uncooked eggplant, preferably peeled, is chopped in a food processor. The result is like meatloaf or pâté in texture. Slice it and serve as a starter or luncheon dish. A tangy tomato sauce makes a good contrast.

Finely chop the eggplant, onion and garlic in a food processor. Beat in the eggs.

Place the chopped eggplant in a bowl and fold in the breadcrumbs, cheese, salt, pepper and nutmeg.

Oil the bottom and sides of a 6-cup loaf pan or ovenproof casserole. Pour the eggplant and cheese mixture into the pan, smoothing the top. Cover with a lid or foil. Place the pan in a larger container and add boiling water to half its depth. Carefully place in preheated oven.

Bake 55 minutes. Remove the lid or foil and bake 15 minutes more. Remove from oven and allow to set for 10 minutes.

Loosen the sides of the timbale. Place a serving plate on top and carefully invert the timbale onto the plate. Serve warm or cold.
Posted by JANET MENDEL at 7:40 PM