WELCOME TO MY KITCHEN IN SPAIN

From my kitchen window I look over the tops of olive trees, down a long arroyo, across rolling hills to the Mediterranean sea. My house is tucked in a small olive grove in southern Spain, where I’ve lived for more 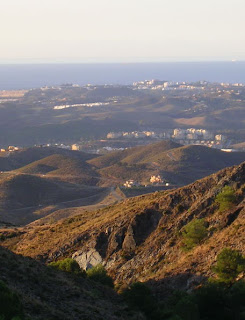 than 30 years. From my window, I often watch a herd of goats traversing the hillside or hear partridge call at the bottom of the arroyo.

I’m not Spanish. I grew up in midwest America, land of corn and soybeans, got a degree in journalism and worked as a reporter in the Chicago area before coming to Spain. I arrived to spend a year or two abroad—and never left.

During my first year living in a Spanish village, shopping and cooking were a daily adventure. I learned Spanish cooking in  village tapa bars, where I migrated to the kitchen. Intrigued by all kinds of wigglies, squigglies, uglies and unmentionables (squid, octopus, snails, baby goat, bulls’ testicles and more), I tackled the kitchen with the zeal of the investigative reporter.

What impressed me about Spanish food when I first came here to live was the freshness of it—the  immediacy of fish just hours from the sea, eggs still warm from the hen, milk from the neighbor’s goat, tomatoes fragrant from the vine, oranges I picked in the back garden. Even the meat--pork chops that a day before I watched go squealing and grunting into the butcher’s back patio.

I loved discovering new produce. I had never seen artichokes growing nor cooked fresh ones. Had never tasted a cherimoya. I couldn’t even identify chard for the longest time. For someone used to reaching for powdered garlic salt, real garlic was a revelation. The variety of glistening fresh fish and shellfish astounded me. 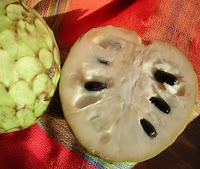 I collected recipes from Spanish neighbors and, on travels elsewhere in Spain, from restaurant chefs and from just about anybody willing to talk about cooking. With an index file of hundreds of authentic recipes and a passionate desire to stay in my little white-washed village in Spain, I pitched a cooking column to the editor of a locally-published English-language magazine.

Inspired by the fried calamares served in tapa bars, I wrote my first article titled: “The Squid in the Kitchen”. Squid was about as exotic as anything I could imagine in those days. My first line read “Don´t be scared. The squid really won´t squirt ink in your eyes nor the octopus entwine you in a wet embrace.” I  went on to tell readers how to clean and cook squid and octopus. In 30 years of writing the monthly column, I told expats 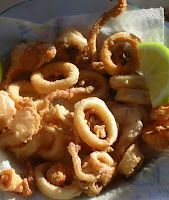 about unusual produce in the markets; what was seasonal, specialities of the regions, holiday foods, wines to drink with the meals, all accompanied by recipes. I became the expert in Spanish cuisine.

My first cookbook, COOKING IN SPAIN, grew out of those articles. Since then I’ve written several more books about the food of Spain (titles: MY KITCHEN IN SPAIN; COOKING FROM THE HEART OF SPAIN—FOOD OF LA MANCHA; TRADITIONAL SPANISH COOKING, and, the newest book, TAPAS—A BITE OF SPAIN). I continue to write about food and travel in Spain for web, magazines and newspapers worldwide.

I pick my own olives and cure them (here’s how). Although I’m not much of a gardener, I love picking seasonal vegetables from small plots on my terraced hillside.  In summer, I have tomatoes for gazpacho; in fall, chard and cabbage for rustic Spanish potajes (soups and stews); then menestra, a spring medley of artichokes, fava beans and peas.

I have two sons who were born in this olive grove and grew up with this food. Grown men now, they come home with their children, my grandsons, to help me pick olives and join me at the kitchen table. 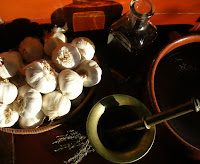 This is a blog about Spanish food and home cooking, live from my kitchen and garden. I’ll tell you what I’m eating, where I’m eating and how to cook it—with  Spanish style. Let me know what you think—we cooks love feedback! 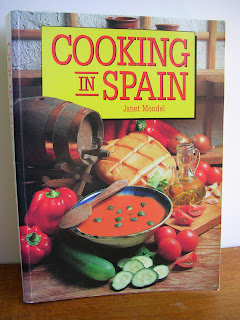 
Follow this link to see a video clip of me and friends in my kitchen in Spain. The video appeared on a Spanish television program.  http://mykitcheninspain.blogspot.com.es/2012/01/ven-la-cocina-come-into-my-kitchen.html

And, here's a gazpacho recipe and a video clip of me with Padma Laksmi in my kitchen in Spain http://mykitcheninspain.blogspot.com.es/2011/08/gazpacho-ole.html


Come Cook With Me


Want to learn to make paella? Do you dream about perfecting the tricky Spanish potato tortilla? Or, would you like to be able to put together a tapa party? Enjoy a vacation in Spain and come cook with me. I’ll show you how to make authentic Spanish food—in my kitchen in Spain!

Follow this link to find out more about private cooking classes with me:
http://mykitcheninspain.blogspot.com.es/2012/07/come-cook-with-me.html