THE APRICOTS ARE FALLING!

The call came on a Sunday morning. “They’re falling!” said my friend Charlotte. Not the sky, but apricots, were dropping from the tree in her garden onto a cushion of grass.


Charlotte picks the fruit off the ground twice a day. It piles up in heaps in her kitchen, awaiting cutting up. Her freezer is packed with fruit and, soon, pots of jam are simmering on the stove. Jars of apricot preserves line her pantry shelves.

Finally, overwhelmed, she invites me and other friends to come pick as much as we like. I usually take away enough apricots to provide months worth of fruit for luscious desserts.


In my kitchen, I wash the fruit, pit it and cut away any bruised bits. A free-stone variety, these apricots are easy to pit, just cut around the circumference, twist the halves to separate them and lift out the pit. I sprinkle the cut-up apricots liberally with lemon juice to prevent their darkening.

At this point, the apricots can be packed in plastic bags and frozen raw or lightly stewed first, which reduces their bulk, then bagged and frozen.

Apricots, which are native to China, were cultivated by the ancient Persians, who called them “golden eggs of the sun.” Though the Romans knew apricots as an imported delicacy, they weren’t grown in Europe—except in Spain—until after the Crusaders brought them back from the Middle East. In Spain, the Moors, gardeners and volupturaries, were growing and eating apricots much earlier. Spain is, today, one of the world’s largest producers of the fruit.

Unlike most market fruits, the apricot is extremely fragile. It must be picked when completely ripe, for it won’t ripen further afer picking. Because the fruit doesn’t travel well, it is found in the markets for only a short time. The bulk of the commercial crop, which comes primarily from Murcia (eastern Spain), is conserved or dried.

Of the several varieties of apricots, some are almost white, others deeply blushed with orange, yet others almost pink. The pale colored, sweet-fleshed ones seem best for eating raw, while the firmer, tart-sweet varieties are prized for sauces, glazes and desserts.

Store fresh apricots refrigerated and use them promptly. They are extraordinarily rich in pro-vitamin A as well as other vitamins and minerals.

I use most of my frozen apricots for making ice cream—actually, no-sugar frozen yogurt (a link to that recipe appears below). But to celebrate Charlotte’s fabulous apricot crop, I’ve made a luscious mousse that can be used as filling for a pie shell, spooned into dessert cups or placed in a decorative mold and frozen.

Gelatin and whipped cream give the mousse a dreamy soft-set texture. Prepare the mousse at least 12 hours before serving so it has time to chill and set. The apricots make a very pale-colored puree.

The quantities given make enough mousse for a large (10-inch) tart shell or 6 to 8 dessert cups. I used a 9-inch pie shell (recipe for almond pie crust is below) and had enough mousse to fill 3 dessert bowls as well.

Have the whipping cream well-chilled. Chill the mixing bowl (preferably metal) and beaters before whipping the cream.

I don’t use sugar, so I sweetened the apricots with liquid stevia, a non-caloric sweetener. I’ve listed both sugar and stevia in the ingredients, so you can decide which you prefer.

In a small bowl, sprinkle the gelatin over the water. Allow it to soak for 5 minutes.

Combine the apricot puree with lemon juice and ½ cup sugar or 1 teaspoon stevia sweetener. Stir in the vanilla.

Melt the gelatin in a microwave on High for 20 seconds. Stir it to dissolve completely, then whisk it into the apricot mixture. Chill the apricot puree for 30 minutes until it begins to thicken.

Whisk a quarter of the cream into the apricot mixture. Using a spatula, gently fold in the remaining cream.

Ladle the apricot-cream into individual dessert cups, a baked crumb crust pie shell or, to freeze, a decorative oiled mold.

Chill (or freeze) the mousse at least 12 hours. Keep the mousse or pie refrigerated until immediately before serving.

Apricots and almonds are a match made in heaven. This crust starts out crisp, but after setting with the mousse mixture, it becomes cake-y in texture. Use a mild extra virgin olive oil, such as the Arbequina variety, to make the crust.

Dip 2 fingers into the oil and grease a 10-inch pie pan or tart pan.

In a bowl, combine the ground almonds with the salt and sugar, if using.

In a small bowl, combine the egg white and water and stir to combine.


Spread the almond mixture in the oiled pie pan and press it firmly in the bottom and part way up the sides of the pan.

Bake the pie crust until golden, about 20 minutes. Let it cool before filling with the apricot mousse. 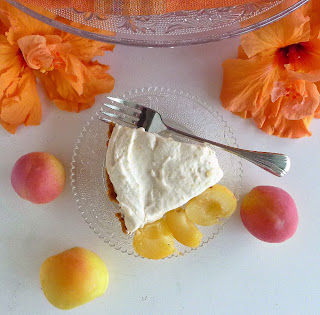 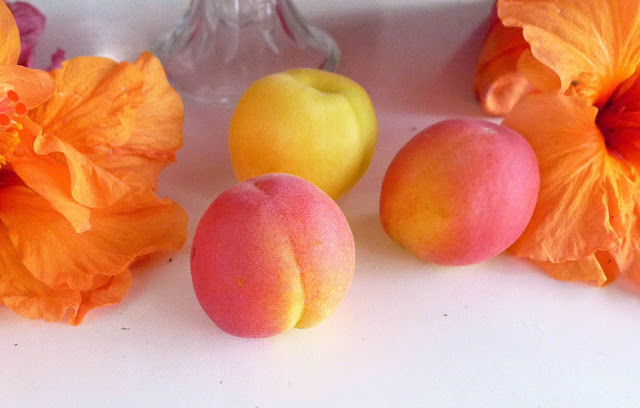 Here are more recipes for using apricots and similar fruits: