I  miss Gourmet magazine. The food magazine ceased publication a few years ago, financially challenged in a digital age. I miss the terrific photo spreads, the recipes, of course, and even the ads. I liked opening up each new issue (living abroad, they arrived late in the month) and deciding which recipes I would try in my kitchen.

I never clipped recipes. I saved all the back issues. About 30 years worth. Until finally, I had to unload them to make room for other things. But first I leafed through them all, rereading some articles, clipping and saving only those marvelous “centerfold” menus for parties, holiday dinners, brunches, picnics. What a record of how menus and food styling have changed! When did tobacco ads disappear? From 1987, a “movie night” photo spread depicts those old clunky videos. In the 1970s, still determinedly French, aspics and quiche appeared over and over.  By the mid-80s, there were dozens of chocolate mousse recipes, but now there is hummus, bulgur, arugula, kale, pine nuts and the food processor.

Some of the pre-digital camera and pre-PhotoShop pictures would never make it today on FoodGawker.com ! But I loved the styling, the exuberant textiles, china, glassware, whether it was for a “formal Thanksgiving,” a “Victorian Christmas dinner” or a “weekend in the country.”

Gourmet was an inspiration to me as a food writer, too. For 30 years I wrote a monthly cooking column about Spanish food for an English-language magazine in Spain. I often borrowed seasonal ideas, ingredient themes and holiday lore from Gourmet, adapting them for Spanish recipes.

Now, as I cull the remainder of the Gourmet stash and all those centerfold pages, I am cooking through some of them before they go.

One is a whole menu for “A Beach Weekend,” from August 1987. I prepared the Pan-Grilled Salmon with Olive Oil and Basil; Summer Squash with Lemon; Barley, Bell Pepper, and Corn Salad, and Frozen Nectarine Mousse with Raspberries.


The other is a recipe for the Mexican dish, Chiles en Nogada (Stuffed Poblano Chiles with Walnut Sauce and Pomegranate Seeds), from an article about chiles from September 2006.


The chiles are roasted and skinned, stuffed with a mixture of braised pork, tomatoes, cinnamon, allspice, peach, dried apricots, raisins and pine nuts, sauced with a sweetened cream of ground walnuts and almonds, and served sprinkled with ruby-red pomegranate seeds. (The recipe can be found  on the database at Epicurious.com . 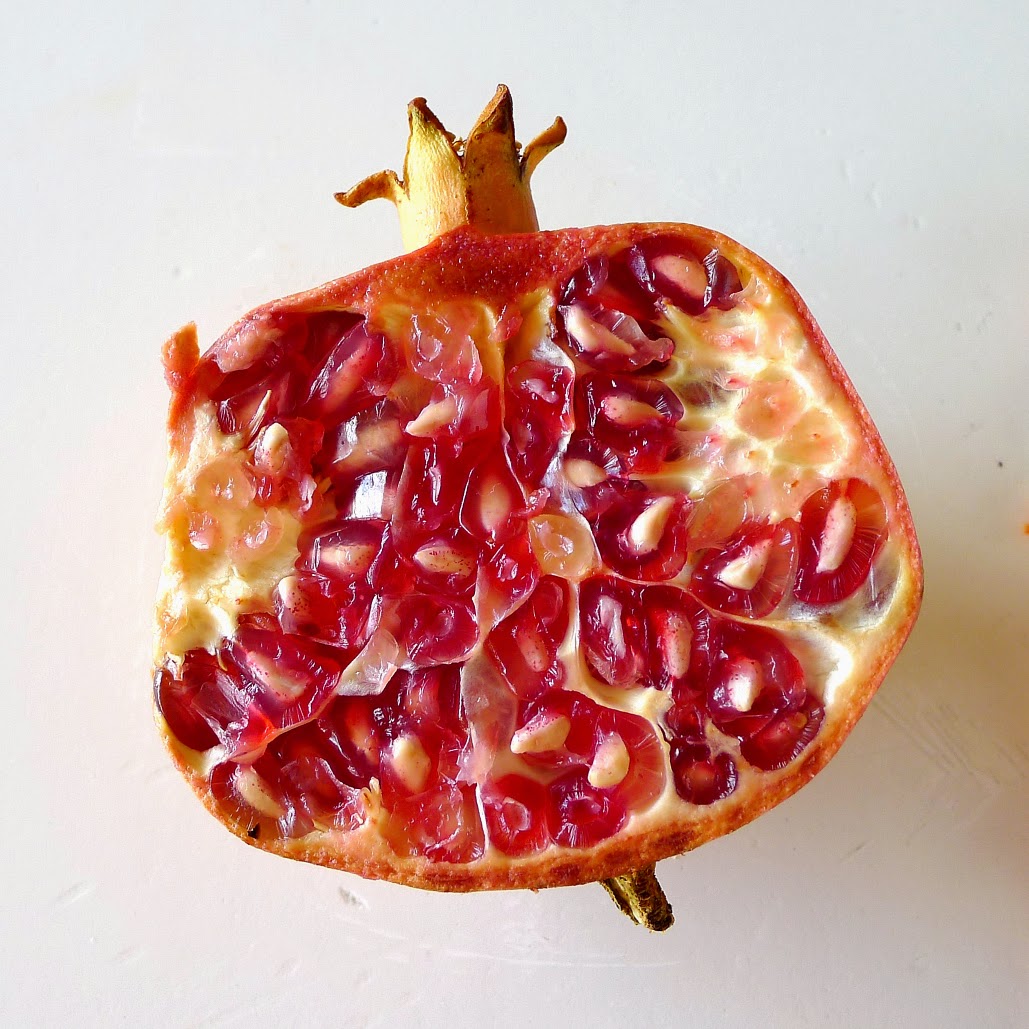 I have peppers in the garden—not actually poblano chiles, but similar—as well as pomegranates, almonds, walnuts.