CORN, FROM ILLINOIS TO SPAIN

You can take the girl out of Illinois, set her down in Spain beneath an olive tree, but you can’t take the CORN out of the girl. Corn is deep in my memory bank. Acres and acres of field corn growing all around the town where I grew up (yes, this is where high fructose corn syrup comes from). Grocery stores with heaps of sweet corn in the summer.  Best of all was Sunday dinner at Aunt Gail’s farm in southern Illinois with sweet corn picked from the garden to go with the fried chicken, green beans and sliced tomatoes. Uncle Gene said you could hear the corn growing and, on a quiet summer's evening, I would go stand among the tassels and listen. I was sure that murmur was the sound of corn pushing upwards.

The first few years in Spain, we tried growing sweet corn, getting family to send us seeds for Illini Chief Super Sweet, a hybrid developed in Illinois.  Our Spanish friends thought we were nuts. They swore corn was only to feed to hogs. Even when we gave them some to taste, they turned up their noses. The indignity, too, of eating it right off the cob!

Corn did not do well in the poor, sun-baked soil on our hillside in southern Spain and we gave up growing it. But, a few years down the pike, I discovered a local source for sweet corn. Inland, on the vega, the fertile plain, of Antequera, some Americans associated with an evangelical church in Torremolinos were growing the real stuff. 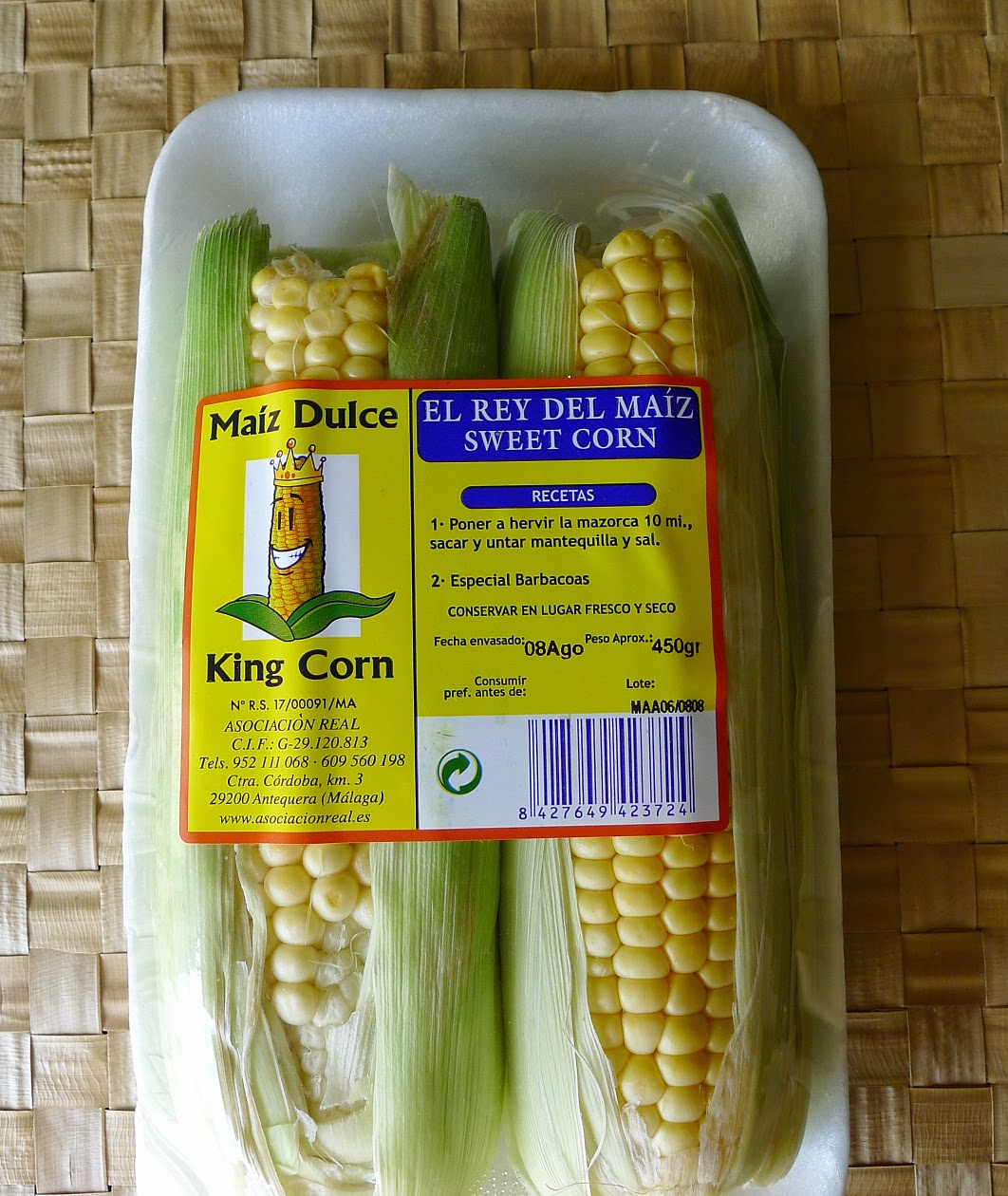 Guys peddled the corn at intersections on the main highway. Trips to the airport in the summer meant a stoplight purchase of corn.

While Spaniards have been willing to accept canned corn kernels as edible (indiscriminately tossed in mixed salad, I detest them), I’m guessing most are still not eating corn-on-the-cob. 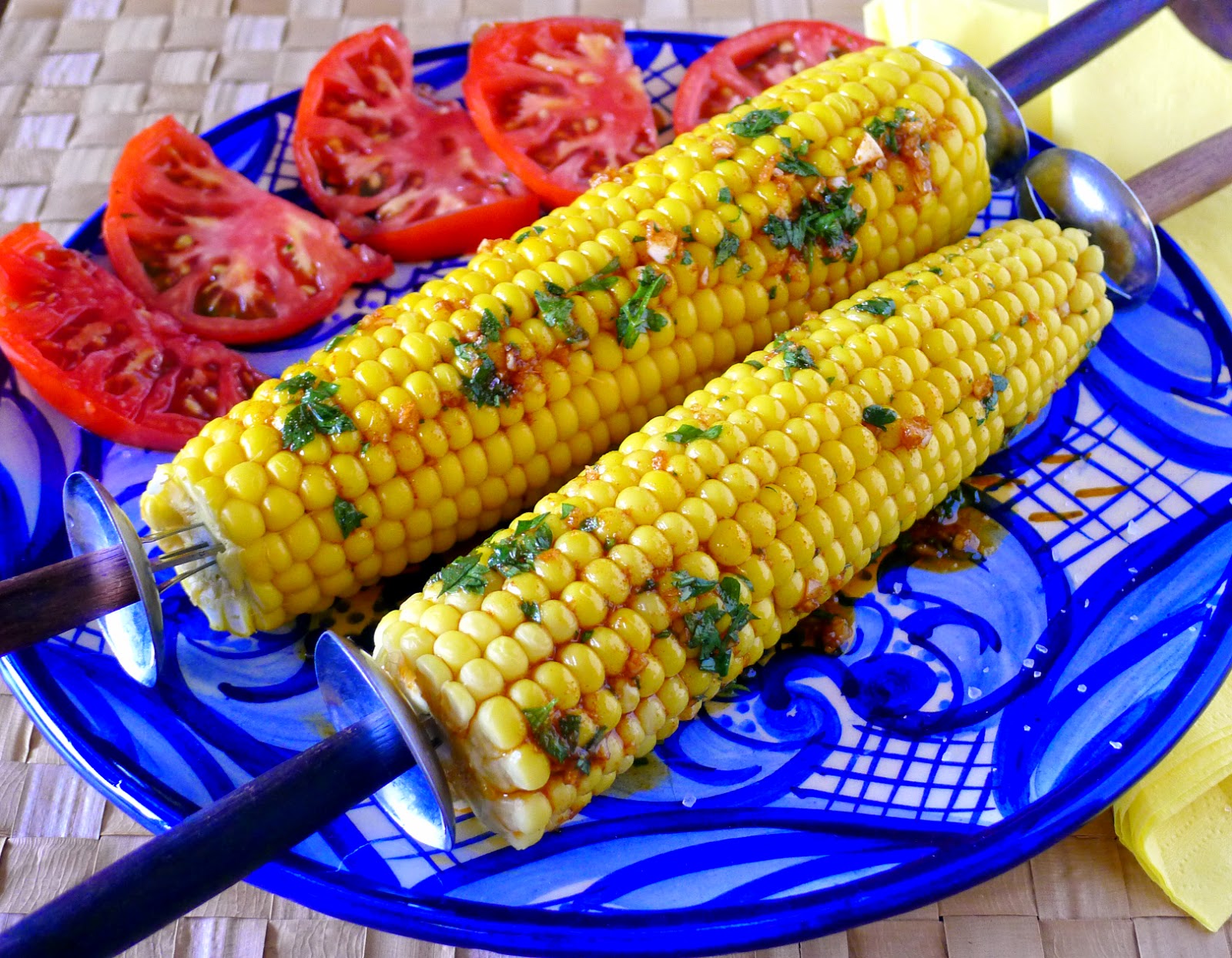 Mostly I serve corn-on-the cob not so differently from back in my Illinois girlhood. Only, instead of butter or, god forbid, margarine, I serve it drizzled with extra virgin olive oil. For an especially Spanish twist, I make a dressing, aliño, with ½ tsp smoked pimentón (paprika), 2 tbsps extra virgin olive oil, 2 cloves minced garlic, ½ tsp coarse salt and 1 tsp chopped parsley.


Corn, of course, is a New World plant, which may explain why it took so long to be naturalized in Spain. But, then, so are tomatoes, beans and peppers and they are totally accepted here.

Two areas of Spain where corn has long been part of the diet are Galicia in the northwest and the Canary Islands in the Atlantic off the coast of Morocco (yes, the archipelago is part of the Spanish nation). Galicia uses cornmeal in yeasted bread, pancakes, empanadas. Canary Islanders use a type of cornmeal, gofio, made from toasted grain that is ground to flour. And, corn-on-the-cob (piñas de millo or maíz) goes into typical stews such as puchero and potaje.


This Canary Islands potaje seems especially appropriate to the season, with many late-summer vegetables as well as the corn. Heading into fall, other vegetables can be included as well—cabbage, chayote, sweet potatoes, carrots and chard are all typical. If desired, serve the soup with a side of escaldón, a cornmeal mush made with gofio and the broth from the soup pot. Because gofio is a toasted flour, it does not need cooking. (If Canarian gofio is not available, use Venezuelan arepa flour, which also is a precooked cornmeal.)

Stewing beef can be used instead of pork. For a vegetarian version, omit the meat and add 2 tablespoons of olive oil to the soup.

Hack the slab of ribs in half crosswise, then cut each rib. Place the ribs in a soup pot with the water, onion, tomatoes and chickpeas. Bring to a boil, then lower heat to a simmer.

In a mortar crush the salt, garlic, cumin and saffron. Dissolve in a little of the broth from the pot and stir it into the pot along with the chick peas. Cook until the meat is almost tender, 30 minutes.

Add the corn, pumpkin, potatoes, cress, zucchini and green beans. Taste for salt and add more if needed. Cover and cook until vegetables are tender.

Serve the pieces of pork ribs, chick peas, corn and vegetables in soup plates with some of the broth. 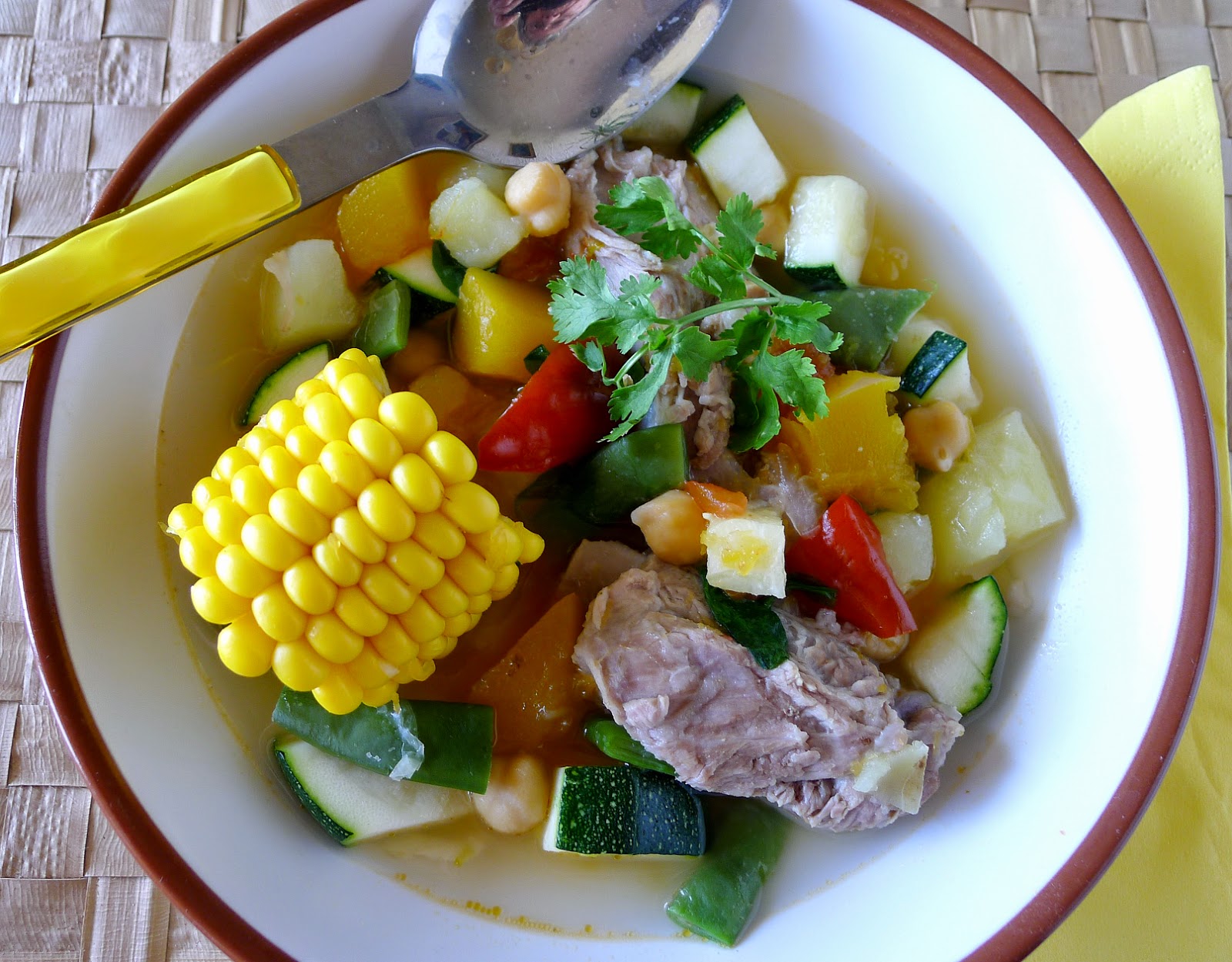 Place the gofio in a heatproof bowl. Stir in the boiling liquid. Stir until the mixture is fairly smooth, about the consistency of mashed potatoes. Add salt to taste.

Serve dribbled with mojo verde and red onions that have been salted and dressed with vinegar. 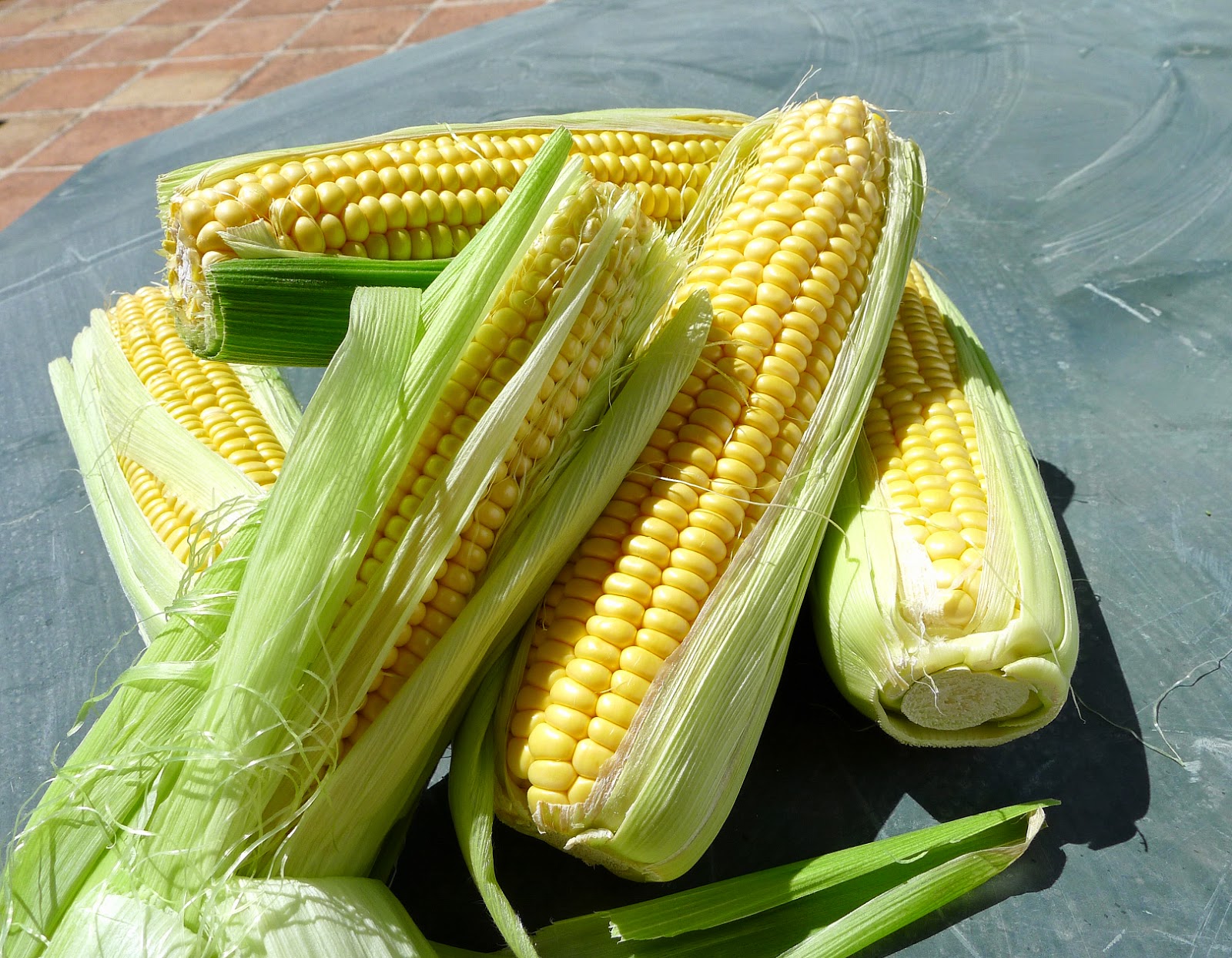